If you read Francesco Piave’s libretto for Verdi’s La traviata carefully, one startling notion jumps out at you: Violetta Valéry, the “courtesan” of the title role, whose profession is to entertain wealthy gentlemen in whatever fashion they desire, has despite all her savvy fallen in love for the first time. It’s something she’s dreamed of since leaving home at age 16 to make her way in the world, as her big Act I aria “Ah fors’è lui” reveals, but it’s never actually happened to her until now. And it’s scary. “She’s used to being taken care of by these men,” says Joyce El-Khoury, the rising-star Canadian soprano who makes her Lyric Opera debut as the “fallen woman” in the production that opens September 27th. “But this is the first time that she is actually affected by somebody who genuinely loves her and cares about her. And she actually reciprocates. So this is life-changing.” 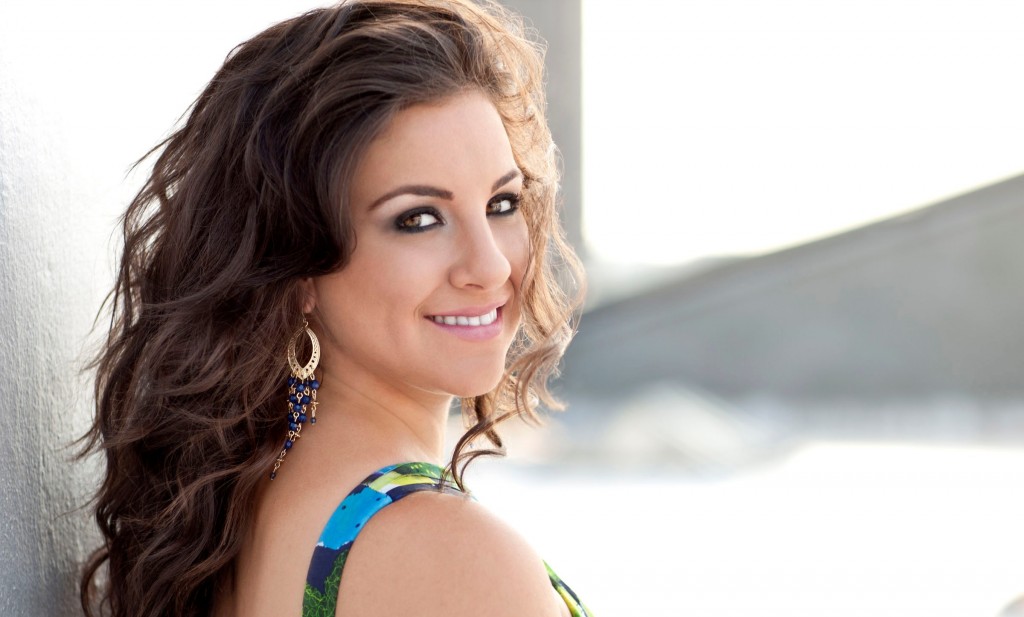 The Lebanese-born soprano has risen with dizzying speed to the top of the opera world especially in Verdian heroes, for which her voice and temperament seem perfectly suited: this according to no less a musician than the Metropolitan Opera’s James Levine, who got to know Joyce during her years at the Met’s Lindemann Young Artist Development Program. “Maestro Levine was very, very, very insistent that I work on Verdi,” Joyce says, “because there is something about my voice that lends itself to it.” Thus it’s no shock she has become “one of the major Violettas today,” as one critic declared. “This one just clicked right away,” she says of the role, which she first learned at Philadelphia’s Academy of Vocal Arts. “She speaks to me: I feel like I really understand her.”

This Traviata shows off the brilliant talent and lavish, often provocative productions that Deborah Sandler, the Lyric’s general director since 2012, is quickly making a hallmark of her leadership. All three major roles here are performed by significant singers in their company debuts, and the production itself constitutes the debut of set and costume designer Desmond Heeley. In the role of Germont, Alfredo’s stern father, the Lyric has engaged Anthony Michaels-Moore, who has what Opera News calls “one of the most gorgeous voices on the opera stage today.” The Alfredo is the magnificent young tenor Scott Quinn, a product of the Houston Grand Opera Studio that has generated some of the finest talent today, including mezzo-soprano Joyce DiDonato and Lyric artistic director Ward Holmquist, who conducts the show. (David Gately directs.)

Joyce says she never set out to be an opera singer. “I wanted to be a pop star. … Opera was never part of my upbringing. We listened to a lot of Lebanese music, and we sang a lot in church.” But she suffered from horrible stage fright, and when she sought lessons to overcome it she reluctantly sang arias by Handel and Mozart. “I just thought that these classical lessons would help prepare me for my pop career, improve my breathing.” But when it was time for university, in a reversal of expectations it was her parents who told her she should sing instead of going into medicine. Her first opera at University of Ottawa was Carmen, and she “fell in love with opera and never looked back.”

Joyce is looking forward to singing Verdian heroines and more. For now she’s taking Violetta to new heights. “This is Verdi’s most verismo opera,” she says. “He usually writes about kings and queens and politics, and here we have real people. It still happens every day, where a father doesn’t approve of his son’s girlfriend and pleads for him to come home. … How easily people can be outcasts if they don’t go along with society’s expectations. We can relate to these people.”

La traviata runs from September 27th through October 5th at the Kauffman Center. Call 816-471-7344 or go to kcopera.org. Read more of Paul’s writings at the Arts Corner at kcindependent.com or on Facebook (paul.horsley.501).

By admin
0
features, NEWS
previous next

The prestigious Lucerne Symphony Orchestra and its principal conductor Michal Sanderling relate famous works to each other at the Wolkenturm that stand for the twilight years of their composers’ lives. When Tchaikovsky premiered his «Pathétique», which he himself described as his best work, he had only nine days to live; in Richard Strauss’s «Four Last Songs», the «evening glow of life» shines equally solemnly. Much rarer than these two hits of the Romantic repertoire is heard on concert stages the third piece of the evening: «D’un matin de printemps» is one of the last compositions of the highly talented French composer Lili Boulanger, who died in 1918 at the age of only 24. As soloist of the atmospheric concert, the Lebanese-Canadian soprano Joyce El-Khoury celebrates her Wolkenturm debut.