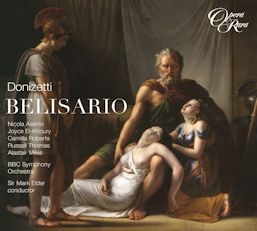 “…in Nicola Alaimo’s Belisario and Joyce El-Khoury’s Antonina we got an ideal pairing, his resonant Sicilian baritone wonderfully complemented by the silky perfection of her sound, and by the Callas-like way she shaped her lines – I long to see and hear her perform again.”

“…at the dawn of an especially promising recording career is soprano Joyce El-Khoury, who sings Antonina with a dramatic abandon…. Indeed, Ms. El-Khoury’s performance is refreshingly ‘old-fashioned’ in the sense of bringing to the rôle the kind of take-no-prisoners intensity that was a hallmark of Leyla Gencer’s singing of Antonina. Bel canto leading lady she is, but a delicate songbird Antonina is not, and Ms. El-Khoury discloses at her first entrance that hers will be a performance that neglects none of the character’s less glamorous elements. She also neglects none of Donizetti’s musical demands, filling her performance with stretches of wonderfully stylish singing.” -Joseph Newsome, Voix des Arts, full review.

Belisario is, quite simply, one of Donizetti’s finest achievements. Dating from the high watermark of Donizetti’s maturity, with its premiere in 1836 (the year after the debut of Maria Stuarda in Milan and Lucia di Lammermoor in Naples), Belisario proved a triumph on stages throughout the 19th century. Yet, incredibly, it is little known today. The libretto, by Salvadore Cammarano (who collaborated with Donizetti on Lucia di Lammermoor), tells the moving and typically complicated story of the 6th century Byzantine general. Falsely accused by his wife, Antonina, of killing their son, he was blinded and exiled as his punishment. Only the recognition by his daughter, Irene, that her father’s former captive, Alamiro, was her long-lost brother restores Belisario’s reputation; tragically, too late to save his life. 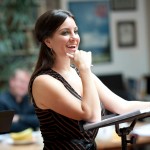 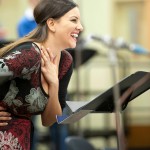 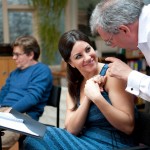 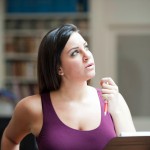 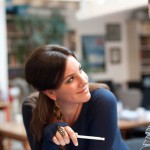